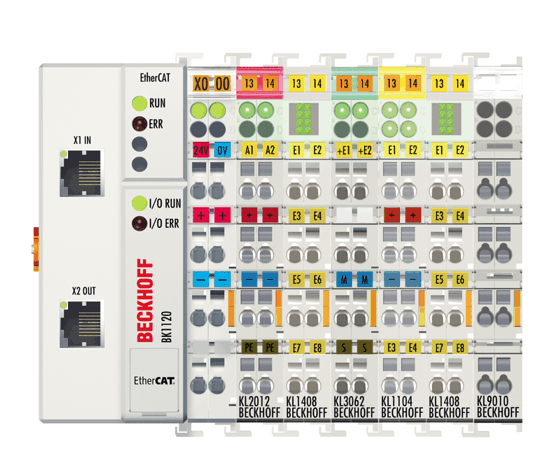 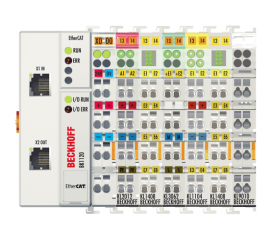 The BK1120 Bus Coupler connects EtherCAT, the real-time Ethernet system, with the modular, extendable electronic terminal blocks. A unit consists of a Bus Coupler, any number (between 1 and 64) of terminals (255 with K-bus extension) and one end terminal.

The Bus Coupler recognises the connected Bus Terminals and automatically allocates them into the EtherCAT process image. The Bus Coupler is connected to the network via the upper Ethernet interface. The lower RJ45 socket may be used to connect further EtherCAT devices in the same strand.

In the EtherCAT network, the BK1120 Bus Coupler can be installed anywhere in the Ethernet signal transfer section (100BASE-TX) – except directly at the switch. The Bus Coupler BK9000 (for K-bus components) is suitable for installation at the switch.

EtherCAT (Ethernet Control Automation Technology) is the Ethernet solution for industrial automation, characterised by outstanding performance and particularly simple handling. EtherCAT enables the Ethernet star topology to be replaced with a simple line structure. Optionally, EtherCAT may also be wired in the “classic” way using switches, in order to integrate further Ethernet devices. The master requires no special plug-in card and can be implemented on any existing Ethernet controller using a very simple interface. EtherCAT is therefore also well suited to small and medium control applications, where it will also open up new areas of application for distributed I/Os.

For EtherCAT a separate I/O system in protection class IP 20 is available in the form of EtherCAT Terminals. In contrast to Bus Terminals, where the fieldbus signal is implemented within the Bus Coupler on the internal, fieldbus-independent terminal bus, the EtherCAT protocol remains fully intact down to the individual terminal. The ELxxxx EtherCAT Terminals are connected via associated EKxxxx-type EtherCAT Couplers (see EtherCAT section). 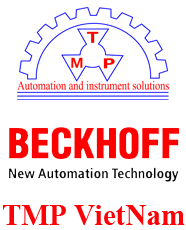 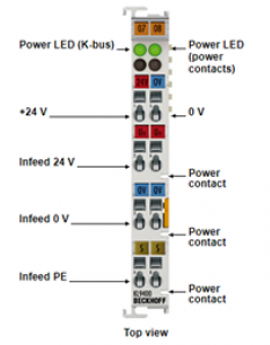 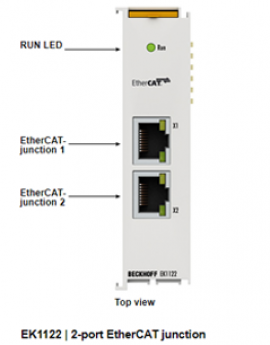 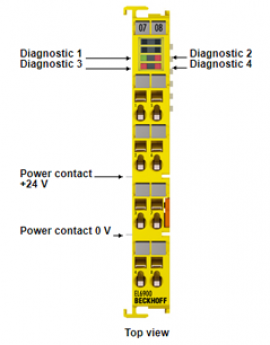 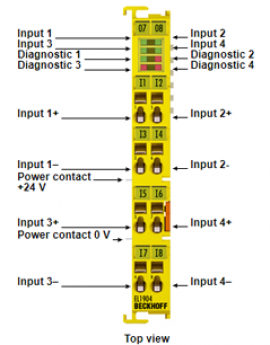 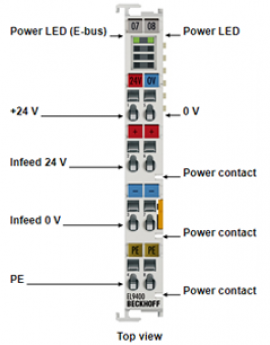 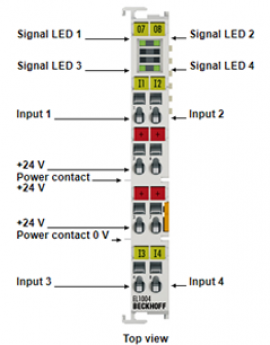 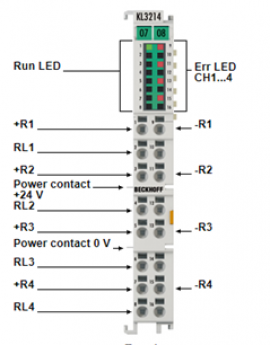 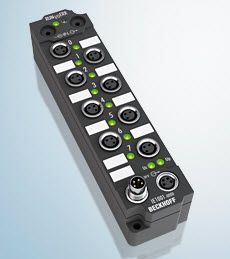 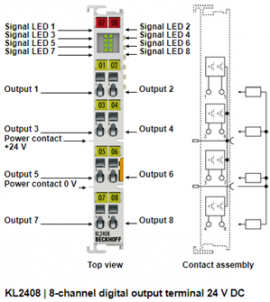 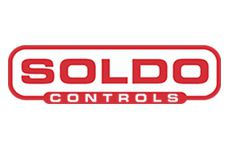 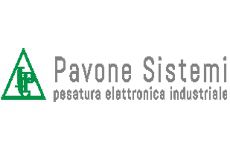 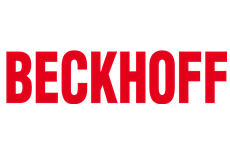 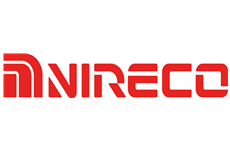 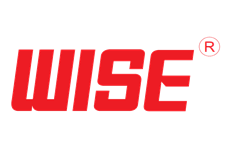